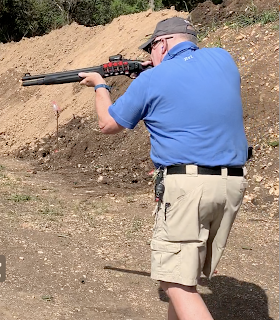 This is part III in a series of articles concerning a recent qualification where I noted some erratic behavior in the form of “flyers” from the Federal LE133 00 round with the FliteControl® wad system. (I define a flyer as one or more buckshot pellets that take a different trajectory than the one that the majority of the pellets in the load follow. From a home defense perspective, when these flyers fall outside of an acceptable target area at a given distance they pose a danger to innocent people who may be nearby.) Part l  and Part II

In contrast, the FliteControl® wad system has a set of petals six facing rearward and a set of three petals in the body of the wad facing forward. As the buckshot load in the FliteControl® wad leaves the barrel, the gas pressure from the powder forces the rearward facing petals to open. These petals then act as a sort of air-brake and begin to slow the wad. Simultaneously, the air pressure forces the forward facing petals to open to assist with the buckshot separating cleanly from the wad—ideally without producing flyers.

During the qualification I was able to recover the FliteControl® wads from fifteen Federal 8-pellet LE133 00 shells that I had fired through my Beretta 1301. Three of the wads had deformed when they struck the ground or target frame; however, twelve were fully intact. 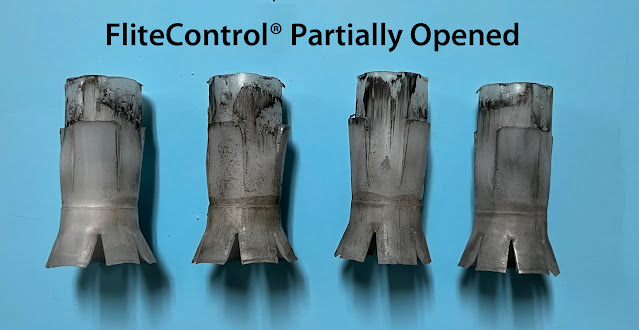 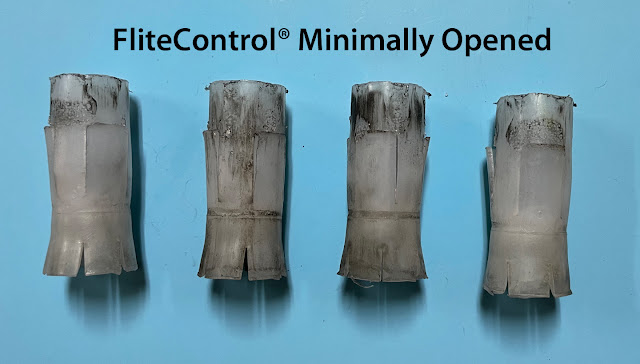 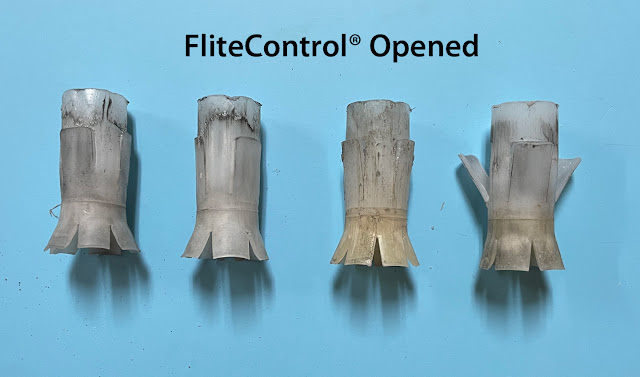 I fired all of these rounds in one sequence. I do not know if what I observed is a quality control issue or some other factor is causing the difference in wad performance; however, there clearly is a difference.

Patterning your particular gun with the ammunition you would like to use is a good idea. Patterning your load lets you know exactly where the gun shoots and at what range you may experience flyers or where the pattern is too large for acceptable home defense purposes. I now view the Federal 8-pellet LE133 #00 load as a 25 yard or closer load in my shotguns. That is not necessarily a problem, in an urban setting a justifiable shot beyond 15-20 yards is probably rare.

Posted by Sensible Self Defense at 9:27 AM