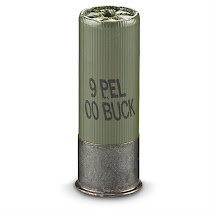 This is part II of a series of articles concerning buckshot loads for home defense (you can find part one here). This series resulted from a shotgun qualification I fired using the Federal 8-pellet LE133 00 buckshot load. For reference, a 00 buckshot pellet is .330 inches in diameter--almost the same size as a 9 mm bullet.

In this qualification I noticed some erratic behavior in the form of “flyers” from the Federal 8-pellet LE133 00 buckshot load and its sister product the Speer 8-pellet LE 00 buckshot load (Federal manufacturers both). I define a flyer as one or more buckshot pellets that take a different trajectory than the one that the other pellets in the load follow. From a home defense perspective, when these flyers fall outside of an acceptable target area at a given distance they pose a danger to innocent people who may be nearby.

The typical buckshot load for military and police uses the traditional wad system and is normally loaded with nine 00 buckshot pellets when loaded in a 2 ¾ inch standard 12 gauge shell. This number allows three layers of three pellets per layer. Nationally known instructor Tom Givens and many others have noted a phenomenon of the “9th pellet flyer” with the standard 9-pellet load. For a given distance from the muzzle, typically eight pellets will be in the same general area with one pellet following a different trajectory.

Givens and others have expressed theories concerning this 9th pellet behavior. If you examine the way the nine pellet load is stacked within the shell you will notice a lot of pellet to pellet contact. This contact increases the likelihood of one or more pellets deforming and developing one or more flat spots somewhere on its surface when the shot load is fired. As the pellets exit the shotgun’s barrel, differential air pressure on the pellet’s deformed surface may cause the pellet to fly off at an unpredictable trajectory.

I say may cause the pellets to change trajectory. As I was researching this article I disassembled several Federal and Speer reduced recoil buckshot loads and noticed a flat spot on the pellets that likely resulted from Federal’s manufacturing process. The degree of deformation and the pellet’s hardness (plated or not for example) may make a difference. 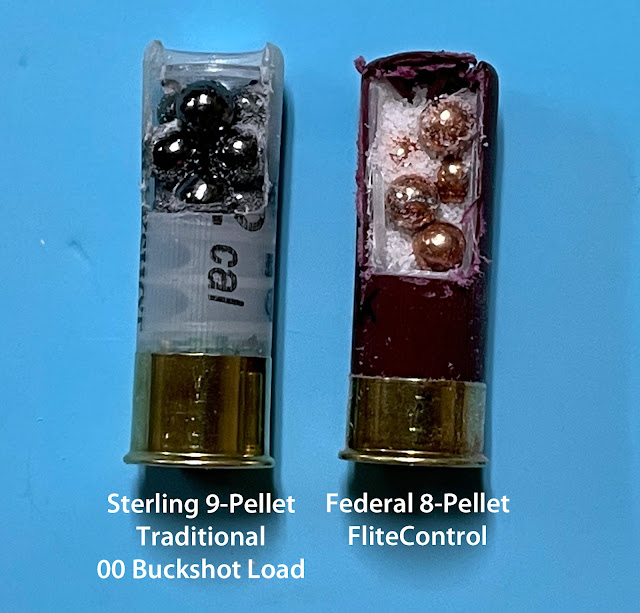 The defender is responsible for every round fired in self-defense—with a buckshot load, you are responsible for every pellet. Even one pellet can kill as occurred in the example of Police Officer Gordon Silva on 20 January 1989 in San Jose, California during an exchange of gunfire between police and a suspect. After the firing ceased, police found Officer Silva approximately 60 yards from the shooting incident lying in the street. The coroner later determined that Officer Silva had been struck by a single shotgun pellet another officer had fired during the shootout with the subject.

Posted by Sensible Self Defense at 7:10 PM