Tap Rack Revisited--How to Not Blow Up Your Pistol.

I was always somewhat skeptical when I heard stories of rounds detonating in the ejection port. I now have personally witnessed two examples of rounds doing just that.  One as the shooter was clearing the pistol and one when the shooter (a cardiologist) was attempting to close the slide on a round that apparently had not gone into battery. Fortunately, although the doctor's hand was lacerated, no tendons were cut. 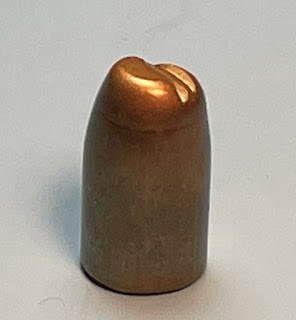 Posted by Sensible Self Defense at 6:01 PM No comments:

Blitz Robbery: Could You React in Time? 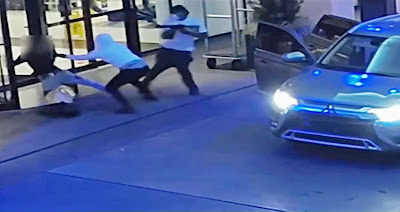 We recently fired a stage in the Sensible Self Defense (SSD) Short Range Match that was based on an armed robbery in front of a hotel in Houston. Four armed men in an SUV quickly pulled in front of the hotel’s main entrance and two men exited the vehicle. One was armed with a handgun and one was armed with a long gun (it might have been an AR-15 style rifle—hard to tell). The robbers accosted a hotel patron waiting outside the front doors and took several items from him including his watch and backpack. You can watch the video here.

If the victim had been armed, he would have needed to draw and engage the first robber in less than 1.22 seconds (subtracting the victim’s .040 second perception time from 1.62 seconds) and the second robber immediately after the first. Is this something a reasonably well-trained person could do with a concealed pistol? I think the answer is yes. Would engaging the robbers have been a good idea? Perhaps or maybe not.

I recently did some personal research concerning my draws and those of my training partner Steve. The question was how fast could we safely draw and shoot a target two yards away, starting with our hand on the pistol? We were not measuring reaction to a timer or other start signal, nor were we measuring accuracy per se, but rather how fast we could safely draw and fire a shot. (Safety note: DO NOT try this, regardless of your level of training. There is a very real risk of shooting yourself.)

My average draw for 16 runs measured from the time I initiated the draw (i.e. the first movement of my hand) until I fired the shot was 0.16 seconds. Steve’s average draw for 14 runs was 0.18 seconds.* Frankly, I was surprised at how fast we could draw and shoot. The picture below shows my hits. Remember, the point of the experiment was to draw and safely pull the trigger as quickly as possible. This was rapid point shooting and the spread of the shots demonstrates this. I was initially shooting lower on the target and modified the draw a bit to shoot higher as I dialed it in. 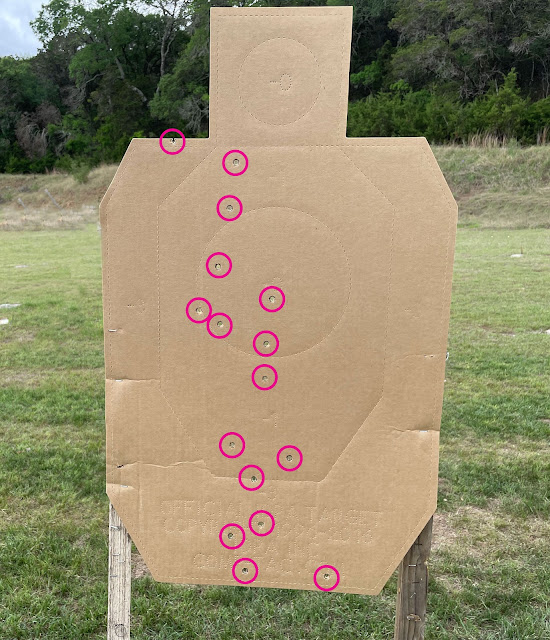 If the draw speed (i.e. the reaction) is within the realm of the possible, how about the perception part of the equation? The victim’s perception-reaction time was a key aspect in this event. The time required to respond to a given stimulus varies greatly across different tasks and even within the same task under different conditions. It can range from less than 0.15 seconds to many seconds. The type of stimulus, stimulus complexity, and the observer’s circumstances highly influence stimulus response time.

If we place it in the context of Boyd’s Observe, Orient, Decide, Act model, the victim in this robbery would have had to go from Observe to Act almost immediately. Shooters routinely do this in classes and competition. For example: “At the start signal, draw and shoot Targets 1-3 with two hits each.” The difference between the range and the real world is that on the range we typically know what our course of action must be in advance and we are prepared at that moment to execute the course of action the instant we perceive the expected stimulus. Even when faced with a blind stage, we still know that we are going through a scenario that will likely require us to shoot at some point and therefore we are mentally aware and prepared for that eventuality.

Mental awareness or mindset is a critical component to surviving any defensive encounter involving deadly force. However, mindset alone is insufficient. It must be coupled with awareness, proper training, and a willingness to act.

The practical aspect comes into play as well. Even had the victim been armed (I am assuming he was not), from the victim’s perspective the odds of successfully drawing a pistol were likely very poor. Do you place your hand on a concealed pistol every time a car pulls up in front of you? Probably not given that the odds of the car containing a robbery team are generally extremely low (however, they are not zero as we see here). In this instance, the victim’s response in surrendering his valuables was probably the best option given the totality of the circumstances as he saw them.

Most Sensible Self Defense Short Range Match stages are designed based on real life events that are video recorded. The concept behind the match is to prepare shooters for the variety of use of force scenarios they might encounter in daily life to the degree that you can do so in a match. Crime often happens very quickly so many SSD stages (like the name suggests) are at a relatively short range and very fast.

* Note: This did seem pretty fast and I double checked my data; I am confident in its accuracy. I also compared it to fast draw records; the current record is 0.208 seconds. Our average is faster; however, fast draw competitors must react, draw, fire, and hit a target. The lock time (the time it takes the hammer to fall) of the single action pistol also comes into play since the competitor must cock the hammer and then pull the trigger in the process. The reaction times of the best fast draw shooters is in the 0.150 second range which means that the current record holder drew, cocked, aimed (from the hip), and fired in less than 0.06 seconds. That is much faster than we were. I also came across a video of Randy Harris of Harris Combative Strategies drawing from concealment and pulling the trigger in 0.46 seconds: click here for the video

Note again, there is a very real risk of shooting yourself if you try this experiment. Steve and I are IDPA Masters and have excellent trigger control. Even so, I do not think I will repeat this experiment. I state flatly, DO NOT try this, regardless of your level of training. If you do, you are solely responsible for the consequences of your actions.

Posted by Sensible Self Defense at 1:05 PM No comments: