Some Thoughts on Carry Ammunition 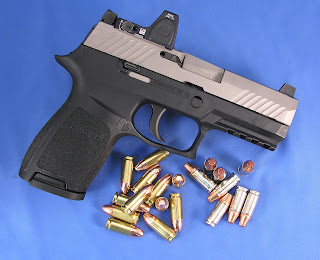 You should examine every round for proper primer seating, case integrity, and bullet defects. Fire a few rounds from one box to confirm your pistol’s zero and point of impact with that lot of ammunition. After you load your magazines for carry save at least five rounds in the box. If you ever find yourself in a short range defensive situation, the forensics examiner can use the ammunition sample from the lot that you have saved to verify distances with powder testing. Large ammunition makers keep samples for each lot for exemplar testing for 10 years as well.

What about rotating your ammunition? I rotate my carry ammunition every six months and always confirm that the point of impact for a new lot is where I expect it to be. What do I do with the ammunition I retire from my carry pistol? I place them in a box and when I have enough to fire a standard qualification for practice, I use that ammunition. This lets me reaffirm that my pistol functions with my carry rounds and reminds me what firing that ammunition feels like.

A good practice when loading and unloading your pistol is to rotate the rounds in the magazine so that you are not always chambering the same round. Repeated chambering may eventually cause the bullet to set back in the case and could damage the hollow point’s opening, the cartridge rim, etc. I know it is a pain; however, periodically removing all the rounds in the magazine and placing the #1 round in the #15 (etc.) position will minimize the potential damage.

Posted by Sensible Self Defense at 8:02 PM No comments: 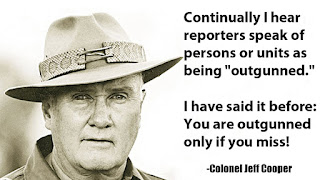 I do not believe that it is an overstatement to say that Jeff Copper was the father of the modern pistol craft that Massad Ayoob, Tom Givens, John Farnam, and a variety of others teach. Cooper also founded Gunsite Academy which continues to provide outstanding firearms instruction.

Jeff Cooper published a number of books and I highly recommend them. Many today do not know of Jeff Cooper and his prolific writings. I intend to do a small part in correcting that through periodic quotes that may be relevant to the self defense topics I discuss in this blog. Constructive comments as always are welcome.

Considering the principles of personal defense, we have long since come up with the Color Code. This has met with surprising success in debriefings throughout the world. The Color Code, as we preach it, runs white, yellow, orange, and red, and is a means of setting one's mind into the proper condition when exercising lethal violence, and is not as easy as I had thought at first. There is a problem in that some students insist upon confusing the appropriate color with the amount of danger evident in the situation. As I have long taught, you are not in any color state because of the specific amount of danger you may be in, but rather in a mental state which enables you to take a difficult psychological step.

Now, however, the government has gone into this and is handing out color codes nationwide based upon the apparent nature of a peril. It has always been difficult to teach the Gunsite Color Code, and now it is more so. We cannot say that the government's ideas about colors are wrong, but that they are different from what we have long taught here.

The problem is this: your combat mind−set is not dictated by the amount of danger to which you are exposed at the time. Your combat mind−set is properly dictated by the state of mind you think appropriate to the situation. You may be in deadly danger at all times, regardless of what the Defense Department tells you. The color code which influences you does depend upon the willingness you have to jump a psychological barrier against taking irrevocable action.

Posted by Sensible Self Defense at 10:31 AM No comments:

A Cheap Shotgun for Home Defense? 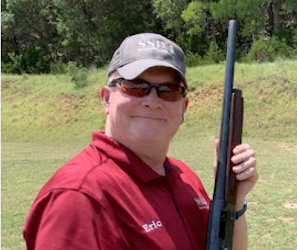