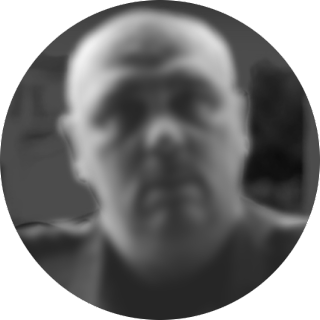 One of my neighbors recently told me about intruders at his house.  He said that he had set the house alarm and had gone to bed; however, was not able to fall asleep.  A short time later, he noticed flashlights shining on his bedroom window from the back yard.  He retrieved his pistol and moved to the front of the house where he could hear voices on his front porch.  He said that he turned on the porch light, yanked open the door, and simultaneously pointed his pistol at two police officers who were on the porch and were about to ring the doorbell. Both officers immediately stumbled back off the porch loudly yelling that they were police as my neighbor lowered his pistol.

My neighbor believes that his inadvertently entered the duress code on his house alarm. A duress code is a secondary, covert signal designed to be entered on the alarm keypad in the event that an intruder ambushes you at home and forces you to disarm the system. On monitored alarm systems, the duress code appears to disarm the alarm; however, it sends send a silent panic alert to a monitoring station that something is amiss in the home. This causes the alarm company to call the police without calling the house first to see if everything is OK.


The house was dark so the officers checked the perimeter to see if there was any obvious problem (hence the flashlights on the bedroom window).  Seeing nothing, they planned to contact my neighbor just as he yanked open the door.

I do not believe that anyone in this incident necessarily did anything wrong. The police officers were responding to a silent alarm at a home that indicated that an intruder might be present.  My neighbor believed he was defending his home from suspicious intruders on his property. In the end, no one got shot and everything turned out fine; however, this incident could have ended very differently.

How do we prevent situations like this? I asked my neighbor if he called 911.  He indicated that he had not—that he didn’t even think about it. Had he called 911 and provided his address, it is probable that the dispatcher would have told him police were at his home. I asked why he opened the door rather than waiting to see if the someone was trying to break in. He said that it just seemed like the right thing to do.

In Texas, using force against an intruder who you know or have reason to believe was unlawfully and with force entering or attempting to enter unlawfully and with force your occupied habitation, vehicle, or place of business or employment is presumed reasonable under certain circumstances (if you live in another state your results may vary).* Therefore, someone in similar circumstances can simply wait to see if the intruder attempts to enter their house and respond accordingly from a cover position if they are successful in entering.


If someone does manage to defeat your door and enters your home, responding from a cover position increases your chances of survival and builds the foundation of “reasonableness” for your actions.  I am not a fan of leaving your home to confront intruders.  I did that once and learned just how foolish that can be.  Exiting your home and confronting a possible intruder outside increases your physical risk and may negate the presumption of reasonableness for your actions.

The first step is to think it through now and develop a plan based on your particular circumstances.  In my house, someone yelling “BEDROOM!” is giving the command for everyone to instantly stop what they are doing and go to the secure bedroom. A reinforced bedroom door provides a safe room you can retreat to if you are in another part of the house when someone attempts to break and enter. From there you can call 911 and prepare to take other necessary action.

There are few nightmares worse than to awaken with a stranger in your bedroom.  When we are secure for the night, there are at least two solid doors (barriers) between us and potential intruders. Your bedroom door should be made from at least 1-1/2 solid wood, with a deadbolt, and have a frame reinforced with the Strikemaster or similar product. Even if someone gets in the house, attempting to enter the bedroom is impossible without power tools and significant noise that will alert the homeowner.

If you exit your home armed and find yourself facing the police instead of an intruder, you may well finish up on the receiving end of police gunfire.  On May 7, 2015 Bryan Heyward called 911 to report armed men attempting to break into his mother’s home.  When sheriff's deputies arrived at the scene, Heyward exited the house through the back door holding a gun.  A sheriff's deputy yelled “show me your hands!” and fired twice at Heyward in less than a second. One bullet struck Heyward in the neck and he may be permanently paralyzed.

I’m not criticizing police who have an extremely difficult job nor is this a discussion of poor police training (“show me your hands” is not the command to drop a gun). It is much safer to stay put and deal with a possible intruder on your terms rather than exiting your home and charging into a situation where you may not have enough information nor enough time to make a good decision. Making contact with police on the scene is also much safer if you are not visibly armed.

Remember, not every “intruder” is necessarily a criminal. My neighbor didn’t have reason to believe that the police would be at his house nor did he break any laws.  Regardless, there was a completely valid reason for the police to be poking around his back yard and coming to his front door. There are many completely legitimate and legal reasons why you could find a police officer, fireman, or utility worker on your property.  We live in a quiet and relatively safe gated neighborhood.  It is more likely that someone on my property is either a neighbor or first responder rather than a criminal.

Police officers in similar situations should take extra care to identify themselves in any ambiguous situation.  Had those officers loudly identified themselves as police they likely would not have had a bird’s eye view of the muzzle of a 1911.  Police should look at their actions from an armed homeowner’s viewpoint.  Would an armed homeowner view their actions on his property as “suspicious?” If so, the officer should change his approach to ensure that the resident knows that the person lurking in the darkness is a police officer instead of a potential home invader.

* I am not a lawyer. While I take pride in the accuracy of this educational information, this site does not and cannot, constitute legal advice. It is solely for illustrative purposes and does not purport to accurately communicate the laws or court decisions of any actual cases that may have non-public or other nuanced information. If you need legal counsel, please retain a competent attorney.


Posted by Sensible Self Defense at 8:30 PM