Each and every component is made to meet and exceed the most demanding quality control and performance standards in the industry!

This is a quote concerning quality control from a major ammunition manufacturer. A friend of mine who was attending a shooting course that only permits factory ammunition was using some factory ammo that is supplied in a white box. He had a failure to extract during a mandatory qualification that was the result of a round that clearly did not have a proper powder charge. That round at least did not meet the most demanding quality control standards.

This was not an isolated incident. A competitor in one of our recent matches opened a factory-sealed green and white box of new factory 9mm ammunition only to discover that over 3/4 of the rounds in the box had the bullet seated at different depths. The range owner speculated that the case containing the box may have been dropped during shipment causing some of the bullets to seat deeper into their case. 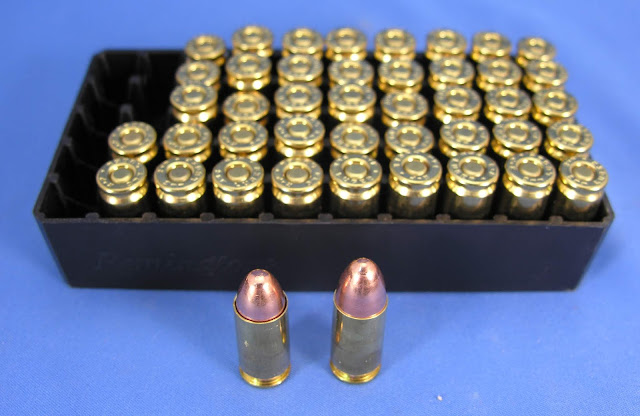 Always examine your ammunition and never fire ammunition that is obviously defective. In training, competition, or practice, if you have a round that sounds significantly under-powered, always stop, unload the pistol, and check to ensure the bullet exited the bore. Firing a round in a pistol with an obstructed bore can potentially cause serious injury and destroy the pistol.  The ammunition mentioned above with the rounds seated too deeply could have caused serious over pressures when fired.

Examine every round for proper primer seating, case integrity, and bullet defects. Fire a few rounds from one box to confirm your pistol’s zero and point of impact with that lot of ammunition. After you load your magazines for carry, save at least five rounds in the box. On the box's end flap write down the date you put that particular carry round into service.

If you ever find yourself in a short range defensive situation, the forensics examiner can use the ammunition sample from the lot that you have saved to verify distances with powder testing. Large ammunition makers keep samples for each lot for exemplar testing for 10 years as well. The forensic examiner cannot verify distances with handloads because there is no un-biased sample to measure it against.

Every maker claims that they want to manufacture perfect firearms and ammunition; however, quality control costs money and there is no question that every manufacturer has an acceptable “failure” rate for their products. Often it is cheaper in the grand scheme of things to repair or replace a few defective products rather than strive for 100% perfection. Do your part by examining and testing your practice and personal protection ammunition.

Posted by Sensible Self Defense at 6:57 PM