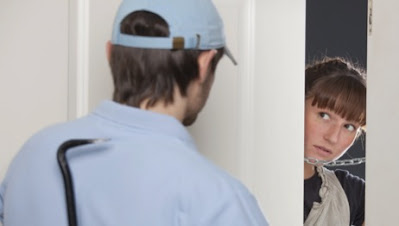 Home invader Jonathan Perales fatally shot homeowner Michael Clayton Robinson early one morning in Universal City, Texas. According to Perales' arrest warrant affidavit, Robinson had armed himself with a 9mm Glock after his wife noticed a strange vehicle in his driveway. Robinson opened his bedroom door and moments later confronted Perales who had entered the Robinson home through an unlocked back door. As Robinson yelled, "Get out of my house," the men exchanged gunfire. Perales shot Robinson once in the torso and Robinson shot Perales in the arm and upper chest.

Doctors later pronounced Robinson dead at Brook Army Medical Center. Robinson's wife and two of his children who were inside at the time were not injured in the gunfight.

What is your protocol for a possible home invasion? Have you rehearsed it, at night, under circumstances similar to those you might encounter in a real home invasion? One of the best techniques the military uses is immediate action drills. The immediate action drill encompasses all of the tasks necessary to prepare you to respond rapidly to a specific set of circumstances without the application of a deliberate decision-making process.

As an example, let’s say my house cameras detect a disturbance and then my alarm begins to sound indicating a possible home invasion. Among my immediate actions is to secure my pistol, move to a location in the bedroom area where I will don a relatively heavy set of body armor, and then secure my shotgun as the primary defensive weapon.

A friend of mine suggested that we rehearse our home invasion protocols or immediate action drills on the live fire range. We performed each task to prepare and arm ourselves and then engaged randomly designated targets to simulate our response to a home invader using unlawful deadly force.

I immediately had difficulty quickly donning my body armor. I had never actually tried to don it in the rapid manner I would use during a home invasion. The design of my armor’s cummerbund when coupled with side plates caused the cummerbund to twist and made securing the armor very difficult. Upon further reflection, I decided the side plates were unnecessary and I removed them. This solved the cummerbund twisting issue and allowed me to don the armor in less than 30 seconds.

I then practiced securing and charging the shotgun with my eyes closed to simulate doing the task in the dark. My friend was monitoring my actions from a safety perspective to ensure I did not inadvertently do something unsafe. I am familiar enough with my "house ready" shotgun storage that I was able to perform this task easily.

I then moved to the target area and engaged the specified targets with the buckshot rounds I keep with the gun. Although this was the first time I had conducted live fire with this armor combination, my defensive shotgun’s 12-inch length of pull allowed me to manipulate the shotgun and fire it effectively with the body armor in place. (Note: A shotgun with typical 13-14 inch length of pull may be too long to manipulate effectively with while wearing body armor. This is particularly true for pump guns.)

This is one example of my home invasion protocols. My wife and I rehearse the others periodically; however, this was the first live fire immediate action drill that I have conducted with the actual armor and shotgun combination I keep for home defense. I learned a few lessons in the process and made some modifications to my armor. I have subsequently dry practiced it at home several times with dummy rounds in the shotgun and my modifications were sound.

My friend forgot to bring his body armor to our live fire rehearsal and the shotgun he brought was not his home defense shotgun. As a result, he decided he would do a dry practice run in his house one evening in the dark. He keeps his shotgun and body armor under the bed. His immediate action is to roll out of the bed, reach under it, secure and don his body armor, and then retrieve the shotgun.

He rolled out of the bed, reached under it—and no body armor, no shotgun. He stretched as far as he could reach and still no body armor, no shotgun. He got a flashlight and discovered that his wife had shoved the armor and shotgun to the center of the king-sized bed because she did not like seeing it and bumping into it when she vacuumed. He had to get a cane to fish the armor and shotgun out from under the bed. Imagine discovering this during an actual incident. Until that moment, he did not know that his home invasion response protocol had a serious flaw.

Periodically checking your equipment, doing dry runs to test your home invasion immediate action drills, and rehearsing with your family is a very good idea. My friend and I both discovered that our home invasion response plans required modification to ensure we could effectively execute them.

Posted by Sensible Self Defense at 10:40 AM