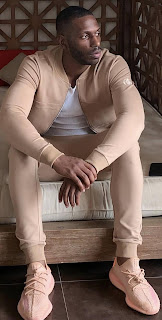 On the evening of February 28, 2020, Alan Womack Jr. went to the King of Prussia LA Fitness for a game of pick-up basketball. During the game, Womack accused a player on the opposite team of a traveling violation. Womack was so upset that he threatened to shoot the man in the head according to witnesses.

The opposing player decided to leave; however, Womack followed him into the LA Fitness parking lot where he confronted the opposing player, drew a Taurus pistol, and racked a round into the chamber. The other man drew his own legally carried pistol and shot Womack in the chest.

The defender is not engaged in a criminal activity, is not in illegal possession of a firearm, and is attacked in any place where:

-- the defender has a right to be when he was attacked;

-- the defender believes it is immediately necessary to protect himself against death or serious bodily injury; and

-- the person against whom the defender uses force displays or otherwise uses a firearm or replica of a firearm or any other weapon readily or apparently capable of lethal use.

It is certainly probable that the Montgomery County District Attorney applied this reasoning when he declined to press criminal charges.

You might wonder how something as trivial as a traveling violation during a pick-up basketball game resulted in the death of a 29-year-old young man. As Rory Miller explains, the Monkey brain is concerned with social survival and status. It literally cannot distinguish between humiliation and death.*

The Monkey brain theory explains some of the outlandish behaviors we often see—particularly in young males. When the Monkey brain is in control, reason and logic goes out the window. I suspect that one or more Monkey brains were at work in this incident.

Posted by Sensible Self Defense at 8:50 AM