Origins of the Failure Drill or the “Mozambique Drill” 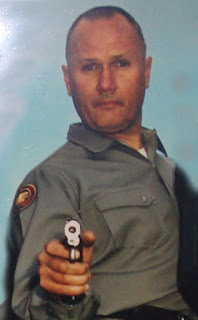 Retired Marine Lt Col Jeff Copper is arguably the father of the modern pistol craft that Massad Ayoob, Tom Givens, John Farnam, and a variety of others teach. Cooper published a number of books and I highly recommend them. Many today do not know of Jeff Cooper and his prolific writings and I intend to do a small part in correcting that through periodic quotes that may be relevant to the self-defense topics I discuss in this blog. Constructive comments as always are welcome.

Jeff Cooper originally promulgated what is now often known as a “failure drill” as the “Mozambique Drill.”

"As time passes, we discover that there are a good many readers who have not been to school and who are puzzled by our reference to "The Mozambique Drill."

I added The Mozambique Drill to the modern doctrine after hearing of an experience of a student of mine up in Mozambique when that country was abandoned. My friend was involved in the fighting that took place around the Lourenço Marques airport. At one point, Mike turned a corner was confronted by a terrorist carrying an AK47. The man was advancing toward him at a walk at a range of perhaps 10 paces. Mike, who was a good shot, came up with his P35 and planted two satisfactory hits, one on each side of the wishbone. He expected his adversary to drop, but nothing happened, and the man continued to close the range. At this point, our boy quite sensibly opted to go for the head and tried to do so, but he was a little bit upset by this time and mashed slightly on the trigger, catching the terrorist precisely between the collar bones and severing his spinal cord. This stopped the fight.

Upon analysis, it seemed to me that the pistolero should be accustomed to the idea of placing two shots amidships as fast as he can and then being prepared to change his point of aim if this achieves no results. Two shots amidships can be placed very quickly and very reliably and they will nearly always stop the fight providing a major-caliber pistol is used and the subject is not wearing body armor. However, simply chanting "two in the body, one in the head" oversimplifies matters, since it takes considerably longer to be absolutely sure of a head shot than it does to be quite sure of two shots in the thorax. The problem for the shooter is to change his pace, going just as fast as he can with his first pair, then, pausing to observe results or lack thereof, he must slow down and shoot precisely. This is not easy to do. The beginner tends to fire all three shots at the same speed, which is either too slow for the body shots or too fast for the head shot. This change of pace calls for concentration and coordination which can only be developed through practice.

Mike Rouseau was later killed in action in the Rhodesian War. May he rest in peace!"

Posted by Sensible Self Defense at 8:20 PM