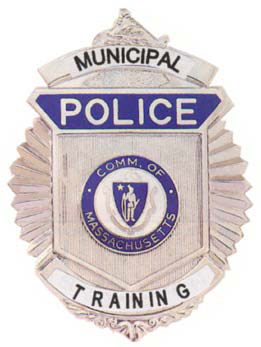 Passing Score: 94% for firearms instructors, 80% for all others

*If the agency only authorizes buckshot, the 18 rounds fired at the 10, 7 and 5 yard line stages will be buckshot. Slugs will always be fired from the 25 and 15 yard lines.

Fundamentals: This course of fire incorporates the fundamentals of shotgun operation and marksmanship including loading, putting the shotgun into operation, firing from different positions, tactical reloading (topping off/put back what you shoot), downloading and unloading. Additionally, officers will use good tactical fundamentals such as verbal commands, scanning, use of cover and movement.

Objectives: This course of fire was designed to better evaluate an officer’s ability to –

● Load the shotgun in a safe manner;

● Access the weapon from the vehicle storage rack (if applicable);

● Place the shotgun into operation;

● Fire the shotgun from realistic shooting positions including on the move;

● Keep the shotgun in a “ready to fight” condition by continuously topping off the magazine;

● Engage threats from various angles while pivoting and on the move;

● Download and unload the shotgun in a safe manner.

Notes: For ease in scoring, it is recommended the course be fired with slug ammunition. In this course of fire, the term “up” is used as the cue to fire. It should be noted that any cue such as “six” or “deadly threat” can be used as well. The command to fire should be decided by the instructor based on their agency’s policy.

STAGE ONE – KNEELING FROM COVER 25 Yards 3 Rounds (slug only)

Preparation: Begin with the shotgun in the condition it is normally transported in on the 30 yard line. This can be either unloaded or “transport condition” as the department’s policy dictates. If spare ammo is not positioned on the weapon, it will be positioned on the body where it can be easily accessed. Instructors are encouraged to have their officers demonstrate their ability to remove the weapon from the storage location in the vehicle if applicable. On the command “gun” or “threat”, the shooters will access their weapon, chamber a round and advance to the 25 yard line where they will cover the threat from the kneeling position using good cover and verbal commands.

At the 15 yard line, shooters will engage their targets with 4 rounds in 7 seconds from the standing position on the command “UP”. Shooters will scan for additional threats, cover the target, top off magazine and move to the 10 yard line when the command “advance” is given. Finger off the trigger – Safety ON.

LOOK to identify the threat,

PIVOT to face the threat,

Bring the MUZZLE UP to the threat and

ENGAGE with ONE round in 3 seconds.

Instructors should have shooters look and pivot BEFORE bringing the muzzle up on target. If you are running a crowded line or working with novice shooters, you can reduce the angle to 45 degrees so all muzzles remain in a safe direction.

Shooters should still be scanning from “low ready” on the 10 yard line. On the command “Advance and Engage” or “UP”, shooters will advance to the 7 yard line while firing two rounds. Once at the 7 yard line, shooters halt, scan and top off magazines. Repeat again for a total of 4 rounds. Instructors should encourage shooters NOT to stop when they shoot - keep the line moving.

Safety ON – Scan – Top off magazine if necessary

Shooters face threat with shotgun at the low ready position. On the command “UP”, shooters will engage with two rounds then move one step laterally (left or right) as directed in 5 seconds. Scan – cover threat.

Top Off if necessary

On the command “Advance to the Five”, shooters move forward to the 5 yard line.

Position shooters facing the threat with weapon at “low ready”. On the command “UP”, shooters will fire two rounds in 3 seconds in rapid succession to center mass.

The shotgun will have 3 rounds remaining (including one in the chamber). Shooter(s) will demonstrate ability to download to Transport Mode and then unload their shotgun. If necessary, this evaluation may be conducted off the range with dummy rounds. In that case, only 25 rounds are required for the qualification course.

This skill set is part of the shotgun qualification and must be demonstrated.

Posted by Sensible Self Defense at 10:14 AM