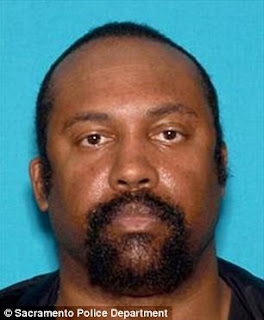 On 7 September 2017, Eric Arnold opened fire on police officers after officers stopped him in connection with the murder of Arnold’s former girlfriend and her daughter. Arnold exited his pickup and began firing at officers as he advanced toward them.  His bullets struck two officers, one in his vest and another in the left leg. Police returned fire and Arnold died at the scene.

One of the first things soldiers learn in basic training is the difference between concealment and cover.  Concealment hides you from visual observation but provides no ballistic protection.  Cover also provides concealment; however, cover provides ballistic protection; in other words, cover stops bullets. The number one rule of a gunfight is don’t get shot and as we see in this VIDEO, failing to use cover and standing in the open is a great way to get shot.

In the video, we see police officer standing behind an open door of a police SUV that is parked parallel (as was the police cruiser) to Arnold’s pickup. His lower legs and a significant portion of his upper body is exposed.  As Arnold exits the pickup, he begins walking toward this officer firing as he advances. My analysis of the video indicates that Arnold fired six shots with the 6th shot shattering the window and striking the police officer behind the SUV door in his bullet resistant vest. A bullet that passed through the SUV door or the gap between the door and the vehicle stuck another officer in the left leg. Five police officers fired 36 rounds, hitting Arnold 14 times, at least 10 bullets strike the pavement near Arnold, with the other 12 rounds unaccounted for in the video. Arnold died at the scene.

Come out and shoot with us on the 2nd Sunday each month at Cedar Ridge Range in San Antonio.


For more information go to:  www.sensibleselfdefense.com

Posted by Sensible Self Defense at 6:02 PM