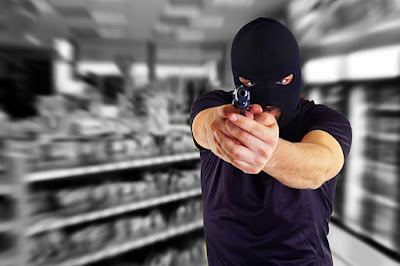 Sometimes during a dangerous or life-threatening situation it simply becomes impossible for you to attend to all the stimuli coming at you simultaneously. A temporary blindness or deafness effect can take place as a result. A variety of factors that include high levels of adrenaline in the body from stress or anger cause inattentional blindness--a temporary loss of peripheral vision, also referred to as temporary tunnel vision. Inattentional blindness is a psychological lack of visual perception that is not associated with any vision defects or deficits. Inattentional deafness is a similar phenomenon that affects hearing and is not associated with any hearing defects or deficits.

Everyone’s reaction to a life-threatening situation will be somewhat unpredictable. Although many accounts of a traumatic incident have similarities, no two are the same. People working in the military, police, fire, or medical fields have experienced numerous sensory distortions including tunnel vision while under stress. If you are not aware that you could experience the world in such a bizarre way, it could add to your stress levels.

“I told the SWAT team that the suspect was firing at me from down a long dark hallway about 40 feet long. When I went back to the scene the next day, I was shocked to discover that he had actually been only about 5 feet in front of me in an open room. There was no dark hallway.” 1

In this article, I focus on these sensory distortions--tunnel vision and tunnel hearing.

Researchers at Johns Hopkins University ran a series of tests on human subjects with a goal of measuring the loss of visual acuity while engaging them in activities designed to narrow attention. The experiment was designed to cause tunnel vision—and it did. However, while the subjects experienced tunneled vision, they also experienced decreased auditory attention (tunnel hearing?).

Researchers discovered that visually focusing on something intently led the audio cortex to turn down the volume as well. According to Drs. Yantis and Shomstein: "Our findings support several conclusions. First attention affects early visual and auditory  sensory responses. The “push-pull” effect of switching attention between vision and hearing suggests that focusing attention on auditory input (e.g., a cellular telephone conversation) can impair the ability to detect important visual events (e.g., driving an automobile). When attention is directed to the visual system the strength of audial attention is compromised (and vice versa) leading to potentially significant behavioral impairments." In other words, a person intently focused on something visual could have diminished hearing. 2 Conversely, a person intently listening to audible cues such as a radio or cell phone could have diminished visual performance.

Look at the sequence of pictures below. In this incident, 3 armed individuals invade a home. As they are searching through the house, they awaken a woman who steps into a doorway. One of the home invaders notices the woman (white hat & jacket), points his pistol at her, and begins moving toward her. She opens fire with her pistol. Surprise! 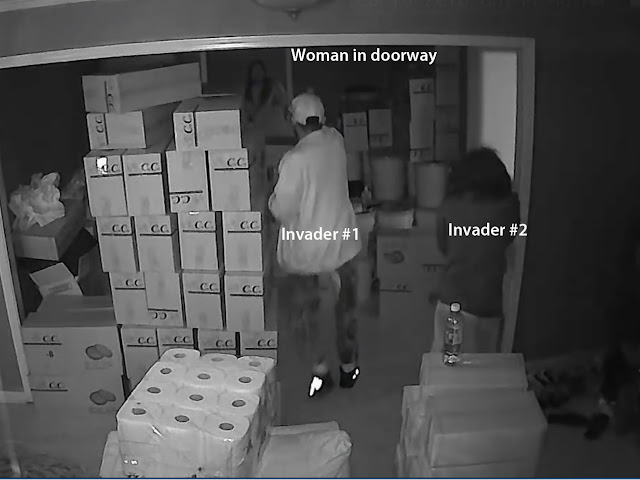 Invaders #1 & #2 immediately begin scrambling to escape through the door they kicked in to gain entry. The woman advances toward the escaping home invaders and fires another shot. As she does this, home invader #3 comes running out of a hallway to the woman’s left with his pistol pointed toward her (see movement 1). As he careens past, at one point his pistol is pointed toward her head while her pistol is simultaneously pointed at him (movement 2). Their arms collide as invader #3 continues running—deflecting both pistols—neither fire (movement 3). 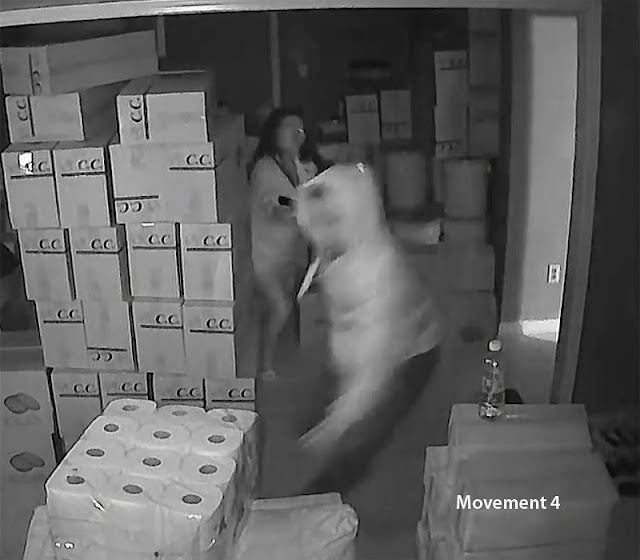 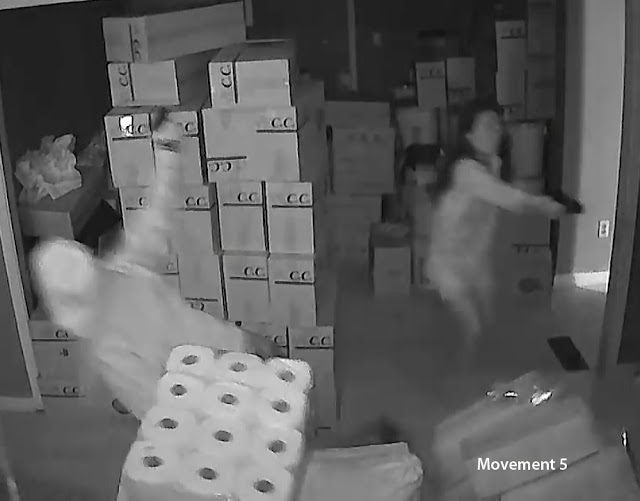 Based on the video, I believe the woman and invader #3 were both experiencing tunnel vision. I doubt they even noticed each other at all.  She was focusing on the two invaders to her front who were also shooting at her and invader #3 was fixated on escaping (he ran through the glass door at the rear of the kitchen). The video is available here: Home Invasion

These psychological and physiological reactions to dangerous events have worked very well to ensure the survival of our species. Maintaining an intense and narrow visual focus on a cave lion spotted in the brush may have been a very good survival mechanism for the early modern human. Individuals with these traits survived encounters with wild animals and their families benefited from the increased safety in the immediate environment and more protein available in their diet. This increased their chance of passing their genes onto modern humans.

So, are we are stuck with a genetic predisposition that prevents us from dealing with dangerous modern emergencies? No, because we can learn, remember, adopt and practice a plan to deal with emergencies. As a young paratrooper with the 82nd Airborne Division, I once had a double inversion malfunction during a jump. That basically means you have very little canopy to slow your fall. I remember looking up and seeing other jumpers with small parachute canopies in a line on either side high above me. Without hesitation, I immediately deployed my reserve parachute. Good Army training. 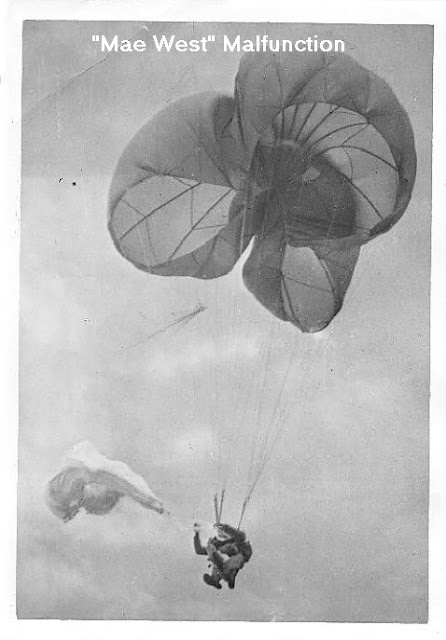 Training and practice pay benefits. Going through any simple series of motions causes the neurons in your brain that control that movement to fire in a particular sequence. The Army pounded emergency malfunction drills into our pea brains through repeated training and repetition. The more often you repeat a physical sequence, the more “automatic” the sequence becomes. Just thinking about making those movements stimulates both the neurons in the brain that control those movements as well as the neural pathways in the muscles that command the muscles to move. Research has shown that visualizing emergency procedures is almost as good as actually performing them.

The first step in dealing with narrowing attention is understanding that it can happen as your stress level rises and your body does an adrenaline dump in response. Being able to control your stress is one of the best ways to combat the ill-effects of the hormonal chemical dump that changes your psychological, cognitive, and physical performance. Breathing techniques are very effective if you have time. If you find you are fixating on one sound or one task, make a conscious effort to unlock your senses from it and force yourself to scan your environment. It may also help combat the effects of tunneled senses if you ask yourself: What am I missing?

Look at the video at the link below. The gentleman in the black shirt with a white stripe on the shoulder is an off-duty police officer who chooses to engage a robbery team at a supermarket. The wisdom of engaging in a gunfight with numerous children in the vicinity notwithstanding, the officer does not become so fixated on the bad guys to his front that he fails to notice shots coming from behind him. In other words, he does not succumb to tunnel vision nor tunnel hearing. He immediately moves to a cover position and confronts the threat behind him in response to the unexpected sound of shots to his rear (at the 24 second mark in the video). Another example of good training. Supermarket video: Supermarket

Practicing reactions to emergencies increases our confidence and increased confidence lowers the stress response of our bodies when we actually face dangerous situations. Our field of vision is not as narrow as it might be otherwise and our tendency to fixate on a “fear object” diminishes. Because our brain is in a more relaxed state, it is more able to dedicate resources to creatively addressing new challenges (for example, incoming gunfire from an unexpected direction). If we practice the right thing instead of simply allowing our natural reactions to rule the situation we are better able to successfully manage our behavior.

If you enjoyed this article and would like to read more like it, you can subscribe at the link in the upper right. For more information about firearms training in South Central Texas go to the
Sensible Self Defense website: SSD

Posted by Sensible Self Defense at 7:09 PM